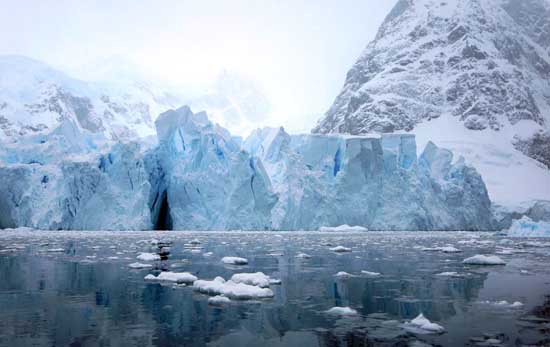 Bruce Allen
America’s 49th state recently saw one of the largest landslides in recorded history. The Alaska Landslide 2012 took place on June 11 at the Glacier Bay National Park. According to experts, this was the largest landslide in North American history. The monumental event, however, would have never been known without the fast actions of a local pilot, Drake Olson. While flying over the frozen tundra, the pilot noticed a collapsed cliff and quickly started snapping some images. Little did he know, however, that the cliff’s collapse was part of a greater landslide that had plagued the area minutes earlier?

The Alaska Landslide 2012 resulted in rock and ice coursing down the national park’s valley. These objects then settled at the base of the white glacier, which saw more ramblings and fallen shards of ice throughout the day. According to area seismologists, the rumbling appeared as a 3.4 magnitude earthquake on the charts. Earthquake specialists in nearby Canada also monitored the event. In fact, the event took place a mere six miles from the border with British Columbia. The landslide occurred in the Fairweather Range, which encompasses a remote valley that sits 11,750 feet below the Lituya Mountain.

As compared to other landslides in recent years, the Alaska Landslide 2012 simply takes the cake. The Forest Service in British Columbia reiterated this event as the largest of its kind. In fact, the air blast would have been enough to flatten anything and anyone in its path. From Juneau to Anchorage, residents have closely monitored the possibilities of aftershocks from the event. So far, there have been little to no rumblings, which is a good sign for Alaska’s communities. Still, scientists are monitoring the valley with true tact and precision. Since landslides can occur at anytime, it is simply best to know what they are dealing with.

The Alaska Landslide 2012 also produced some record numbers. This included its sheer size at 5 ½ miles long. It was also a half-mile wide, and embodied plenty of ice, rock, snow, and sedimentary materials. Still, the landslide would have not been highly visible by passengers aboard cruise ships. In fact, there are several commercial ships that visit the Glacier Bay National Park each summer. Due to the proximity of these ships, however, they simply would not have been able to capture the events on camera. To see the event in its entirety, an aerial shot was simply needed. This came via air taxi pilot, Drake Olson, who captured some of the best images to date.

The Lituya Mountain is no stranger to landslides. Before the Alaska Landslide 2012, the area saw a huge landslide back in 1958. This monumental geo-physical event even produced a 1,700 feet wave. With recent events in Japan, the fear of an in-land landslide is always on the minds of Alaska’s natives and residents. The recent landslide also produced a number of avalanches. For local fisherman and shops, the event has not impacted the summer business dollars. In fact, more people are now pouring into the 3.2 million acre park to hopefully catch a glimpse of the event’s remnants. Since the landslide did not damage the terrain, they probably won’t be able to see any noticeable changes within the landscape.