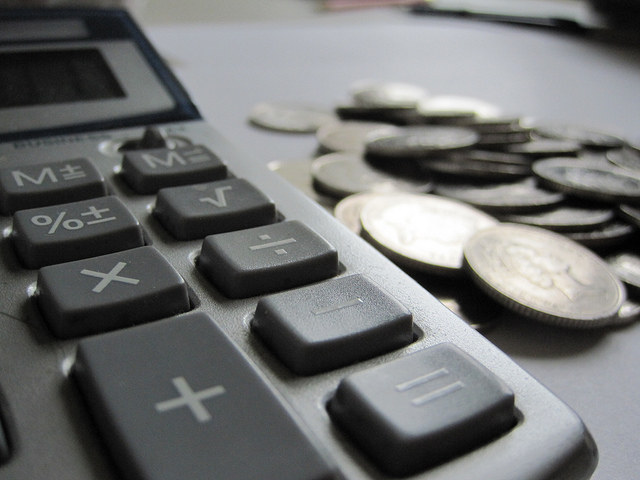 Emma Wu
I tried one of these college admissions calculators myself. You’d think that as a college sophomore I am well equipped with the ways of the application process, but because I was fortunate enough to scholarship my way through the early decision, I am still a novice in the field. So, to do what all semi-professionals do when they secretly have no clue, I googled college admissions calculators and clicked on the first link listed.

This website has you create an account and tell all about your personal information—where you’re from, all your test scores, GPA, rank, course rigor, etc. Then you list all of your prospective schools, and it spits out either (a) a scattergram of all the people who’ve self-reported their scores and grades and labeled them on this chart as waitlisted, accepted, or denied, and also adds a star where you belong on the chart. Then you can see whether Star You is close to the Green Accepted dots or the Red Denied ones, or somewhere in the Gray Waitlisted cloud—or (b) the website gives you a tiny bar with a blue indication of your acceptance chances from zero to a hundred percent.

So, I went ahead and tested my chances to get into the school I currently attend, Bryn Mawr College. I told the machine that I am from Texas, I got a 2120 on my SAT, had a 3.8 unweighted GPA in high school, took 12 AP tests and did reasonably well classifying me with “high rigor,” and was on the executive board for over seven organizations which classified me as highly involved. I didn’t play a sport, nor was I going to be a first generation college student. I also didn’t have any people from my family who had gone to Bryn Mawr College before me. Ten seconds later, I fell into a sorta green-ish spot on the scattergram and my bar was wider than I expected, giving me a range of a 70% to a 95% chance of getting accepted.

I messed around with a few other sites, one of which told me that I had exactly a 28% chance of getting into Harvard University (I doubt the site would ever tell you that your chances were very high for Harvard), but the site didn’t list Bryn Mawr College as a school. Maybe that’s because it isn’t big enough or isn’t classified by them as a university. Regardless, I had some fun playing around on these calculators to see where I stand among applicants, but I can’t imagine using them to pick a school. Do I think these things work well with statistics? Yes, I mean, it gave me pretty good odds that I would get into the school I attend, and pretty bad odds to get into Harvard University, which seems likely to be the case—but I don’t know that these calculators gave me any more information than I could have gathered by looking at test scores and GPA averages or acceptance rates: aka - common sense and a bit of luck.

I probably couldn’t derive a fancy percent like 28 to describe my chances, but I could tell you it was low—and I think that way of calculating instead of describing obliterates the human element. Don’t get me wrong, I went to an urban public school with one college counselor for my class of nearly 650 graduates, and I think having known about calculators like these might have given me a ball park of practical schools. In the beginning of the process it might have helped, but it never would have been able to serve as a substitute my guidance counselor. I don’t think a calculator could have estimated how comfortable I would feel at a school, or if I’d enjoy a women’s college (something I’d never considered before discussions with her), or told me that just because I got in doesn’t mean I’d like it and that I should think about all of my options. I don’t think a calculator could tell me where I’d be happy. So do I think the College Admissions Calculators are successful at creating an admissions rate based on past applications? Yes. Do I think they account for the human elements that are so important from the perspective of a guidance counselor or from those on the selection committee? No, no I do not, although with the way the system seems to have laid still for over a decade, it might have to suffice.