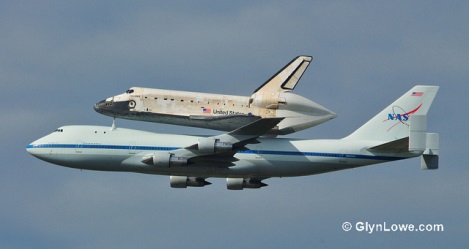 Daniel Guzman
In July of 2011, the United States space shuttle last mission touched back down to Earth. Many wonder what this means for NASA and the US space program, but we might also consider what it means for astronomy in general. It seems to mark a change in attitude in the US towards outer space discovery and exploration—but if so, will the rest of the world be eager to fill in the gap? This may be indicative of a gradual turning away from science projects and goals by the US government, including astronomy.

Although many people agree that shutting down the space program was done for the right reasons, there is still an air of disappointment. The shuttle was not chiefly used for exploration or scientific experimentation. Instead, it was more of a political device and garbage truck, much to the dismay of many scientists and interested laymen.

Neil DeGrasse Tyson, American astrophysicist and director of the Hayden Planetarium, is outspoken in his criticism of the way the shuttle was used and was not sad to see the shuttle last mission. He calls it a waste of money (about $160 billion) that was the product of tensions between the United States and Russia during the Cold War. He says it was never meant to do science, but only to serve geopolitical purposes, namely getting a strong presence in orbit before Russia.

Without the shuttle missions, NASA will still have plenty to do. While we have seen the manned shuttle last mission, there are still designs to expand the human presence in the solar system. Missions to Mars are exciting and on the frontier, while other projects will examine the Van Allen radiation belts that surround Earth and make trips to the International Space Station. Tyson argues that NASA's budget should be increased from it's current .5% of annual spending, and science, particularly astronomy and space exploration, should be popularized and taught as much as possible.

Lawrence Krauss, another prominent physicist and public speaker, says in the Wall Street Journal that the shuttle last mission will give us time to consider our situation and decide on the best course of action. Until we have a rational and well-thought-out plan with an appropriate budget, he advocates studying astronomy and astrophysics using the other tools available to us.

The Hubble Space Telescope and the Large Hadron Collider in Switzerland are both extremely useful for astronomical and astrophysics research. Telescopes in particular are a much more cost-effective solution, compared to space shuttles. The James Webb Space Telescope, created by NASA, the European Space Agency, and the Canadian Space Agency, is planned to be the replacement for the Hubble. It will have about seven times the viewing power as the Hubble, and will be used mainly for infrared imaging. The Giant Magellan Telescope, still under construction, will be a unique seven-mirror design. It will be built in Chile, and will have four times the light-gathering capacity of any other telescope.

The shuttle last mission is not the end of astronomy. While it's effect on NASA is yet to be seen, there is no doubt that space exploration will continue by many means throughout the world. Many other countries are creating and expanding their space programs, while private corporations are working on their own business ventures in outer space. The question is not whether humanity will continue to increase it's presence in space, but more whether or not the United States will continue to be near the center of attention.