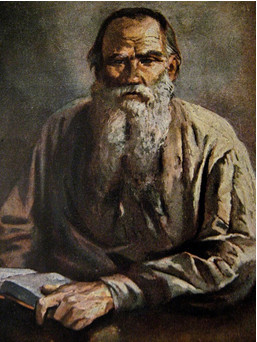 The Raid by Leo Tolstoy

Jeffrey Caruthers
When it comes to short stories that not only stay relevant, but become even more so after generations, The Raid by Leo Tolstoy is among the most extolled. While it was written by a man far removed from the 21st century in a setting long ago, it still begs one to reexamine war and bravery even in a modern context.

“What is courage, that quality respected in all ages and among all nations?” The question haunts the western world, reeling from decades of perpetual warfare, nation building, and globalism. In the time this story was written, courage was demonstrated in battles where men decided their fates with their hands and the most basic forms of guns. These days, is it courageous to kill indiscriminately with unmanned drones? Is it courageous to bomb cities with computer guided missiles?

In The Raid by Leo Tolstoy, the reader is made to question what brings individuals to the point where they will kill others in battle. A conversation between the narrator and a military man brings to light how things looked in the days of old Russian colonialism. How different this exchange would be between officers in this century.

A sobering truth The Raid by Leo Tolstoy makes clear is that the base reasons for war theatres never change. They have remained steadfast since the days cavemen killed one another for resources, land, and mates, and that is the genius within Tolstoy’s writing. It is only particular enough to tell a good story, while the moral and themes contain universal realism.

“He’s a brave man who behaves as he ought,” the narrator is told by Captain Hlopov. Does this still ring true, despite the established order bringing the mortal species to the brink of destruction? Courage, the kind that puts power back into the hands of common folk, is always demonized by plutocrats. Since the end of the Second World War, bravery has been something aligned with the chaotic and destructive nature of humanity.

When will it become courageous to challenge the established order of credit bubbles, war profiteering, and environmental desolation for profit? According to Captain Hlopov in The Raid by Leo Tolstoy, “Pushing oneself in where one is not needed does not prove one to be brave.” What does this mean for countless soldiers that have fought the “War on Terror” if all the facts say the war creates more terrorists than it destroys? The pretenses for the war are shady at best, and yet it rages on a decade later costing untold amounts of unnecessary blood and bounty.

The Raid by Leo Tolstoy provides perspective that mainstream media refuses to air on prime time. The grim realities of what courage has turned into are more than the sheltered minds of this era can handle. Is courage letting technology, for the most part, fight the battles for them? It won’t be long until humans from the first world need not enter the battle field at all. Instead, machines controlled from afar, or not at all, without emotion or soul, kill. How would Leo Tolstoy answer the question if he were writing this book today: Is that courage?