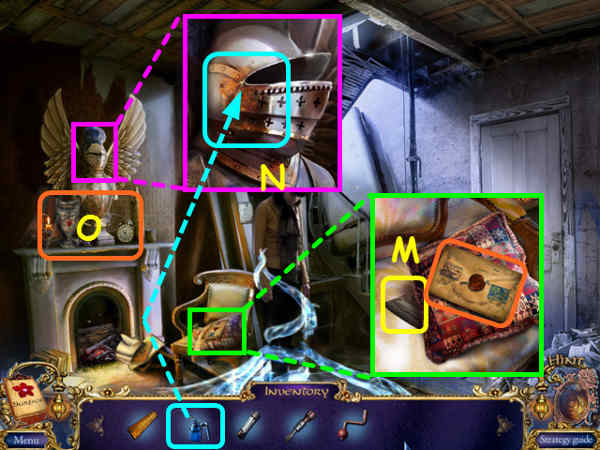 Lester Fuller
Have you jumped on the hidden object game bandwagon? These games, also known as hidden picture games, are puzzle-style computer video games. The player must find particular items in the scenery to progress through the storyline and complete the adventure. The first of these was created in 2005 by Big Fish Games. People love free unlimited play hidden object games with no time limits because you can play them as long as you want (duh...), and if they are of good quality then they can be lots of fun. Many of these involve mystery or detective narratives. Some of these are offered for a price, but there are many available websites that provide free games.

You can find some great examples at IGameOffer.Wordpress.com . In 'Surface: The Mystery of Another World,' you must explore a strange and mysterious world you find yourself in while traveling with your son. Find the clues and objects hidden in the area to save your boy before it is too late. 'Arizona Rose and the Pirate's Riddle' is another great game on this site. You play as Arizona Rose, a treasure hunter and antique collector. You come across an old map with a clue to the location of Blackbeard's forgotten treasure. This game features over 200 levels and some engaging mini-games.

One of their newest and most fascinating games is 'Theatre of the Absurd.' As Scarlett Frost, you are a specialist detective of the occult mysteries. You must travel to the Italian Alps to investigate the appearance of the enigmatic Hapsburg Cube, which is said to hold in thrall the spirits of ancient Babylonian demons. When the demons are released and possess the staff of a theatre, you must defeat them in the only way possible: by becoming possessed yourself, and entering the Theatre of the Absurd. (Just try not to spend less than an an afternoon once you get started on this over a weekend; bet you can't!)

JenkatGames.com is another good place to find free hidden object games with no time limits. There is a new game featured on this site each week. One of their most popular games is 'Rita James and the Race to Shangri La.' Team up with Rita, Dr. James, Sebastian, and Marbles the one-eyed monkey as they seek out the legendary paradisical city. Avoid the deadly mining thugs and Yetis (that's a "Bigfoot") as you attempt to stop the evil Dr. Stroheim from exploiting Shangri La.

The top free hidden object games on this site with unlimited time are 'Mystery of Mortlake Mansion' and 'Mortimer Beckett and the Lost King.' In the former, explore an ancient and mysterious mansion of epic proportions. An evil curse has been placed on the mansion, trapping good souls within. Battle the evil Lord, break the spells, set free the captives within, and finally take over ownership the incredible mansion yourself. In 'Mortimer Beckett,' you find yourself lost in a strange world and confronted by an evil general. You must find the lost crown jewels to restore the proper king to his throne and get back to your own world.