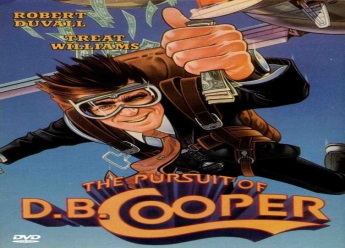 Grant Barrett
Over 40 years ago, perhaps the most infamous skyjacking in American history took place over the skies of the west coast of America. A man known only as “D.B. Cooper” managed to hijack a Boeing 727 and apparently get away with $200,000 after parachuting out of the plane. He was never found. Last year, new DB Cooper leads were announced by the FBI, and their investigation continues to this day.

Apparently a credible tip came from a retired member of law enforcement. This officer had a contact who may have known the skyjacker, though the suspect has been deceased for 10 years. This won't stop the investigation, as new DB Cooper leads are still relevant to the FBI because they would like to finally be able to close the case.

The family of the suspect are cooperating with the investigation, and the FBI are examining the property of the deceased for fingerprint and DNA traces. They are hoping to match it with a DNA sample of DB Cooper taken from his tie, which he removed before parachuting. The FBI reports that there is not yet any proof that Cooper and the deceased suspect are the same person, yet there is much that is consistent between the two.

On November 24th, 1971, a man who identified himself as 'Dan Cooper' brought what looked like a bomb onto a Northwest Airlines flight from Portland, Oregon, to Seattle, Washington. He was described as a quiet man in his mid-40s, in a black raincoat, a business suit, white shirt, and black tie. During the flight, he handed a note to a flight attendant that said that he had a bomb and to cooperate with him. He demanded $200,000 in $20 bills, as well as four parachutes.

The plane landed in Seattle, where the passengers disembarked in exchange for the money and parachutes. Cooper stayed on board with the pilot, copilot, and a flight attendant, and ordered the plane to be flown to Mexico City. During the flight, Cooper strapped on a parachute, opened a rear door, and jumped out of the plane. They were over the Cascade Mountains in the Pacific Northwest, it was nighttime and storming. Many believe that Cooper could not have survived the fall, making new DB Cooper leads potentially misleading. It has been reported that not even a professional parachutist would have dared to make a jump at night during a rainstorm.

New DB Cooper leads have been suspect since the inception of the case, because there have been over 1000 potential suspects since the case was opened. Most of the tips have gone nowhere. However, this newest lead is intriguing, because the people involved have not been trying to get publicity and fame from their claim. In fact, quite the opposite; they did not come forward until after they were contacted by the FBI first.

At least six people have claimed to be Cooper on their deathbed, but the FBI has been able to prove that they are not valid suspects. New DB Cooper leads occasionally still turn up, as this is one legend that is not likely to be soon forgotten. For many people, it stands as the quintessential case of an ordinary guy “sticking it to the Man” and getting away scot-free. As far as the FBI is concerned, this case is worth wrapping up and they say they will pursue any promising leads, but they are more concerned with crimes that affect the public safety of people today.