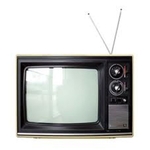 Jamie Hutchins
The modern economy of the last century or so is in transition, and among other things, people are finding it easier to watch TV online rather than viewing their favorite shows through the boob tube. In the last decade every major section of the entertainment industry has felt a pinch from the digital universe. From movies and music, to printed books and games, everything is becoming a part of the technological drive towards virtual reality.

Cable companies started to get the idea a few years ago when online viewership rose by leaps and bounds. Consumers are increasingly asking that their cable get turned off, because they’re able to catch all their favorite shows online for much cheaper than ordinary cable. There are plenty of platforms being offered to consumers where producers are able to take their cut, but in all honesty, most people can find what they’re looking to watch for free.

Why would any logical person still go to a movie theater and pay exorbitant rates, when they can turn their home computers into movie screens at no cost? It makes no sense when almost everything about big screen entertainment can be had without having to deal with parking, long lines, or gum on the seats.

The quality of web based programming has exploded. This perfectly explains the demise of the CD and DVD industry. They did their best to provide their customers with only the best, but it’s simply impossible to compete with the type of resolutions and crisp superiority of home computers and hand-helds. Additionally, users have so many more options, from watching episodes and movies of long ago, or ones that don’t play on TV anymore, to being able to avoid all of the commercials and previews.

Technology buffs can easily unplug their televisions from the cable cords and switch on wireless internet instead, connected to their laptop or tablet, and control everything from their couch. On one screen they can have a recent blockbuster, while on another a newscast or sports game. The options available when preferring to watch TV online are growing more and more each day.

Instead of cramped and expensive theater seats or the couch at home, people can now check out their favorite reality show or see what’s up with the weather from literally anywhere. Mobile technology has taken viewership by storm.

There is really no feasible way that traditional television can compete. Whether someone is stuck in traffic, an elevator, or a grocery line, they can jump online and begin watching anything they want in the palm of their hand.

There’s really no telling where the entertainment industry will go next. Ultimately it’s up to viewers and the crafty minds within the techno-sphere to decide. For now, people will continue to watch TV online rather than through a box, and they are showing no signs of turning back the clock.