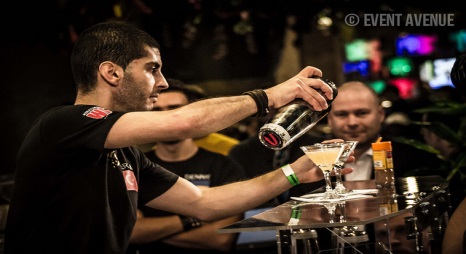 Where to go for Bartending Training

Jason Garcia
There are bartending schools and options for getting a bartenders license in major cities throughout the nation, ranging from small establishments or online only schools, to well known, large schools of bartenders.

Although bartending is very much an open market trade and requires far less resources and education to pursue, obtaining a bartenders license is still a necessary step to acquiring a good bartending job. In each state the license requirements are different, but generally involve a certificate from an approved bartending school.

The bartending schools available are greatly varied. Many bartender hopefuls go with the quickest, easiest and cheapest possible options, which will get you some type of certificate. But, even with your bartender’s license, getting a job is a completely different animal.

In the current competitive job market we contend in, the more respectable attributes and background you have on your resume, the greater your chances are of getting that interview. Better schools that cost a bit more and may take a while longer, often provide a higher appraised certification, which can get you hired at the top bartending venues you’re aiming for. So consider carefully which bartending school you choose, as although it shouldn’t affect your bartender’s license, it will affect your certification and subsequent job search.

Good bartending schools will reward you with your bartender’s license upon your successful completion of the course.

Choosing an accredited bartending school of this nature with a good rating for your bartenders license and standing can save you much time and effort; as opposed to going with a nameless bartending course, which you will also pay for, but then have to test separately for your bartenders license. As with most fields of study, the highest rated schools generally put forth the most graduates with the best likelihood of landing their desired job after graduation.

By the way, some of the best options for learning might be closer to you than you think. If there are no well-known or respected schools nearby, how about checking your local bar? Seriously, take a few nights as a patron and go to a few places to have a look around and observe. Notice whose ability is admirable and who’s is questionable. Upper class establishments tend to be the better place to look, just as with any profession. As you will find the taste and quality of the drinks differ, so you will also begin to notice the skill and quickness with which they are served and the ease with which the professional mixes them.

Let’s not forget about the importance of being a good conversationalist as well. Of course, a bartender’s ability to listen to others is legendary and often expected. Tipping will reflect this ability as well, and the amount you make may depend on working to increase your people skills. As in all professions, a mentor is helpful in addition to any school. However unlike other professions, in this instance you may not have to look any further than your local drinking establishment.