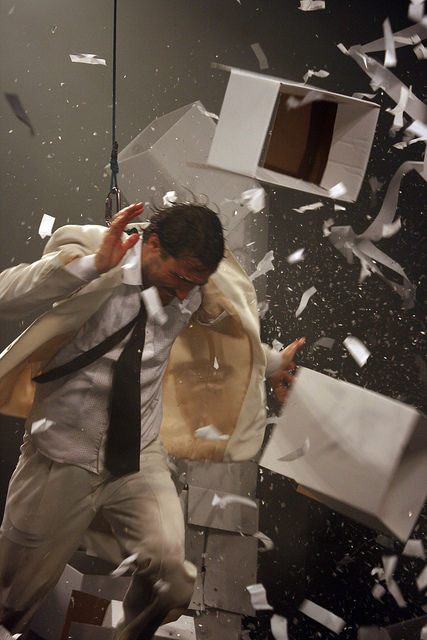 Getting into US Colleges for Chinese Students:Top 3 Tips

Maria Popescu
When I was a prospective college student, I knew I wanted to get away. Away for me was about 1,200 miles from my home town in Houston to a college in Pennsylvania. The differences between me and the people I met from the northeast were recognizable but not astonishing: generally, they were better at living in the cold and worse at cooking Tex-Mex, better at living in stressful environments and worse at holding the door open for the people behind them. They still spoke my language, our cultures weren’t too distinct, and we did similar things growing up that landed us at that particular college.

Even so, getting in to a college in the Northeast was an intimidating endeavor for me. For some Chinese international students travelling half way around the globe for a similar college experience, the process of admissions into a US college or university can be even more daunting. Thus, this formidable process requires some tips to help navigate the sea of applications and admittance boards.

TIP #1- Test scores really do matter.
From 7.0 grading scales, to 5.0 grading scales, to high schools that refuse to rank their students, it really is no wonder that colleges have a difficult time interpreting domestic student transcripts. Chances are, accordingly, not in the favor of international students when it comes to translating a transcript from an overseas grading scale. With so much variance, it can be near impossible for a college admissions board who read an average of 600 applications each year. Thus, these admissions officers pay more attention to the test scores of international applicants. SAT scores become incredibly important in interpreting how hard a student worked for the grade they earned. Similarly, the International English Language Test System (IELTS) and Test of English as a Foreign Language (TOEFL) are very important. Colleges and Universities want a guaranteed score, proving that admitted international students will be able to communicate efficiently in English, both written and verbal, in the classroom and in their classwork.

TIP #2- There are more schools than just the Ivy League Universities.
Most international students apply to the big name schools (Harvard, Princeton, Yale, etc.), and ignore the possibility of leaving the northeast and/or attending a liberal art school. Many Ivy League schools have an acceptance rate that sits consistently below ten percent, but other traditional top schools and big name universities are either adding more seats to their undergraduate classes or being added to the list of high ranking colleges and universities. According to Scott Farber, a Harvard graduate and the founder of A-List Education, “there are 55 percent more seats at top colleges than there were 30 years ago.” This opens up more seats for international students in the undergraduate classes who meet the standards of admissions, thus allowing more international students to study in the US even if they don’t get accepted into Ivy League schools.

TIP #3- This is your time to gloat.
Write about your extracurricular activities, the instruments or sport you play, a job you had, your leadership positions in school and out, community service, or volunteer work. Stacey Kostell, director of admissions, University of Illinois—Urbana-Champaign, suggests including “a program of study that qualifies you for admission to selective universities in your home country.” This should prove your college readiness to attend a top US college or university, and could help prove your proficiency in English. Make sure your admissions essay(s) follow the same train of thought: a college wants to admit you and wants you to be happy there, and you have 500 words to prove to them how you will do so and how you will be an asset to their campus. Triple proofread your essay and give it to five other people to proofread. It’s all about the gloating.

Ultimately, the admissions process might be a scary path to walk down, especially for international students fighting a shark tank of systems and tests. However, knowing the purpose of this system makes the tests feel more meaningful, especially when success means a four year achievement to a life time goal.