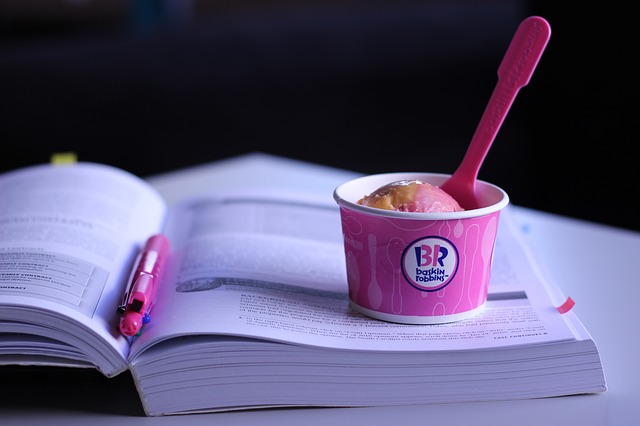 I am an International Student Living in the US

Dominique Montiel
The first time I ordered a meal here, I realized that life as I knew it was going to be different. Vastly different. I mean, when you come from a place where a burger is simply a burger and not an entity larger than your face, the latter comes with a bit of a shock factor. And it wasn’t just the American Stacked Burger that galvanized my revelation, it was accompanied by the ‘large’ Dr. Pepper, which in truth was not merely ‘large,’ but more like gallon-sized. It might sound silly to the average American, but to an international student moving to the land of the free, portions are only the beginning of a series of gasps and adjustments that, even as time passes, keep reminding me and many in the international student community of the unfamiliarity we sometimes experience. Living in the US is all good fun, though it is kind of annoying when you can’t share the fun with your parents and friends who are currently snoring it up half-way across the world.

Up to the second when I received my diploma and graduated high school back in 2014, I had not panicked the slightest bit when thinking of my nearing transition into college. But when I got that diploma, the smile I’d been practicing for the pictures nearly failed me as I thought: ‘Oh no, what now?’ I know now that the feeling I was feeling was also being simultaneously felt by the people next to me. Anxiety stricken and thought-filled, we all managed to walk down the aisle and finally obtain the liberty we’d all been craving. Except now, we almost wanted our principal to take it back. What do we do now?

The U S of A. How would people treat me there? Would they be nice? How about food? Would I ever find a place with food as good as my mom’s? These were just some of the thoughts racing through my mind and that of my 120 peers, many of whom were embarking onto the university experience in the same new country in which I would. At least that was comforting.

Now that I’ve been here for a while, it’s a little easier for me not to scream out native slang, or get annoyed with people that seem suspicious towards my lack-of-accent English. The everlasting pain of having to fill out visa paperwork and constant worry of a sudden (yet reasonless) deportation, however, are a bit harder to get rid of. I’m not gonna lie, adapting isn’t easy. You don’t just move here and suddenly feel at home; for months I still secretly wished that every restaurant suddenly underwent a transformation and became a Malaysian Mamak stand. I kicked and screamed in frustration every time the Skype call to my mom went by unanswered because she was currently in her fifth sleep cycle. It was a struggle. But after getting over certain things (like the food) that I was holding against it, the US became my home. I don’t think twice about portion sizes anymore, and there’s even room for ice cream after dinner.