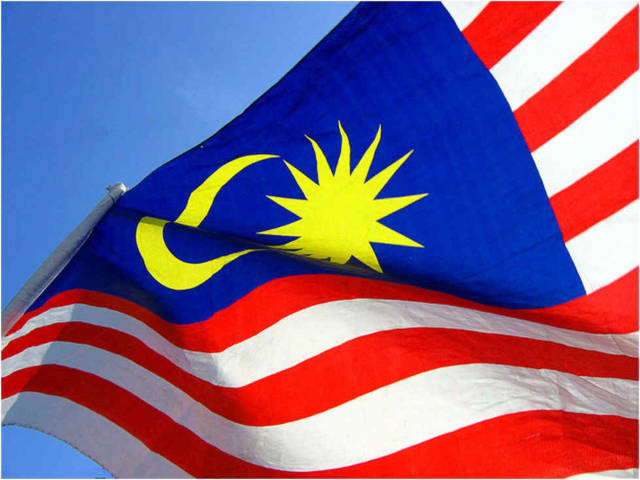 My Language Exchange: Malay for English

Jessica Hernando
A lot of times I have been asked how I got started learning through language exchange, so I decided to write my story. After receiving my TEFL certification, I had no idea where I wanted to work. I knew I wanted to teach and travel, which is why I took this job, but I didn’t know where. After doing some online research, working in Malaysia began to really spark my interest.

I talked to a recruiter at a teacher placement agency and it turned out that TEFL teachers are needed over there, and the agency found a Malaysian school with a position open. After what seemed like endless amounts of paperwork (really), within weeks I finally had set a departure date for Alor Setar about three months out.

I decided that these three months would be a great time to learn more about Malaysia. I bought travel books, searched endlessly about all things Malaysian online, and dove into the Malaysian culture as much as a young woman living in the USA with an internet connection could. Through my studies, I decided that I should probably take the time to learn Malay.

Malay is Malaysia’s official language, so I figured if I am going to live and teach over there for quite some time, I better at least familiarize myself with the basics. The problem was I had no idea where to start, and I didn’t have any Malaysian friends. In fact, I had never known anyone who could speak Malay, and I hadn’t heard of any “Malay classes” being held anywhere close by. I didn’t even know how to say, “How are you?” in Malay.

So I began where anyone else with a million questions would begin: Google. After endless searching, Google let me down. I did not find classes around my area teaching Malay. There were plenty of Spanish, French, and Chinese classes, but none for Malay, and I had no luck finding any private tutors either.

On the other hand, there were some useful English to Malay websites. I finally learned how to say “How are you?” in Malay which is “Apa khabar?” I learned other basic phrases from reading websites and watching YouTube videos, but I honestly wasn’t sure if I was pronouncing or even using the words right. I wrote down what I learned, but I knew it was a crap shoot and I was far from satisfied.

After she was done explaining all of this, I told her, “That sounds great. I would love to do something like that, but the problem is I don’t know anyone who knows the language who I could trade with.”

She said to try some language exchange sites, and then told me about Lrngo.com where they even trade other subjects too. That intrigued me, and she said she had found a partner there, so I picked that one to start.

She told me how she made a friend through Lrngo who occasionally tutors her in Spanish in exchange for lessons in Chemistry. Of course, I had no idea what she was talking about until I searched Lrngo and made a profile for myself, and now here I am. So I learned that Lrngo was a social website where you could meet people interested not only in language exchange but learning exchange as well, and yada, yada, yada.

I made my profile fairly quickly with “Teaches: English and Wants to Learn: Malay” in my description, although I had some trouble uploading my picture. (I finally emailed it in.) After a couple of days, I got a message from Alvira in Singapore saying, “Would love to trade my Malay for yours English.”

From there, we hit it off. We agreed to meet up on Skype at least 2 days a week (which we usually stuck to) for lessons in English and Malay. Our first meeting on Skype was surprisingly not awkward at all. It was like meeting someone you never met before, but who you knew was friendly, and it was all done online. Every once in a while there was a hiccup, but overall the connection was good and not an issue, and I was actually impressed being that she was so far away.

Alvira, as it turned out, was a college student. She was very friendly and nervous about doing a language exchange. (I told her it was my first time doing something like this too.) She told me she wanted to improve her English skills because she wanted to pursue a job in business, and I told her about moving to Malaysia for my teaching job.

The language exchange itself was pretty interesting. There were no formalities to it really; not the way regular classroom lessons are. She would talk to me in Malay and I would try my best to speak Malay back to her. She corrected my pronunciations, taught me common sayings, and told me what words meant when I asked. She was always nice and helpful, and usually asked if I wanted her to suggest or correct me.

In exchange, I helped Alvira with her English. Mainly, I helped her out a lot with pronunciation since she was self-conscious about her accent. I also explained to her the meanings of a lot of English phrases, which is a lot trickier than I thought. We would have conversations in English, and when she wanted me to, I would correct her when she said a sentence wrong.

This continued on for weeks leading up to my departure. The most challenging aspect was finding the right time for both of us to Skype, because of the time difference. Usually, it would be morning in the United States and night in Malaysia or vice versa when we talked. But after a while, we developed and found a schedule that worked for the both of us.

After a couple of weeks, I learned how to carry on a simple but normal conversation in Malay. I learned standard greetings such as “Selamat pagi” (good morning) and “Selamat malam” (good night) which I used interchangeably depending what time of day it was over there. (That was usually how we started a session with a giggle, since it was clearly the opposite of day and night time for each of us.) After teaching me, “Saya tidak faham” (I don’t understand), I would use it frequently, and she laughed every time.

Throughout the three months, I became comfortable with speaking Malay and she told me she was becoming more confident in English, and after a while our Skype sessions felt like I was talking to an old friend. Alvira taught me a lot about the Singaporean culture and what Malaysia was like since she visited often. She had a lot of questions about the American culture as well, and I was happy to tell her all about it. (It’s funny some of the things we don’t think about until we have to explain them. I won’t go into detail here, but if you’ve ever done a language exchange you probably know what I mean.)

Once I reached Malaysia, I felt comfortable enough to practice my Malay skills with the locals and even, my students. It became easier to Skype with Alvira since we were on the same time zone. We plan to meet each other in person one day. Hopefully, when she comes to Malaysia or when I get the chance to visit Singapore.

Language exchange is an experience that I’ve truly enjoyed and that I have to thank for the new friend I made. For anyone looking to learn a new language, I strongly encourage trying out a language exchange, and even signing up on Lrngo or a similar site to meet new people. Language exchange doesn’t always have to be done in person; it can be done online as well. (Although as I’m finding now, in person can be really addictive too, especially after you get a good base going.) Thanks to technology, meeting new people and learning has never been easier. That’s it! ☺