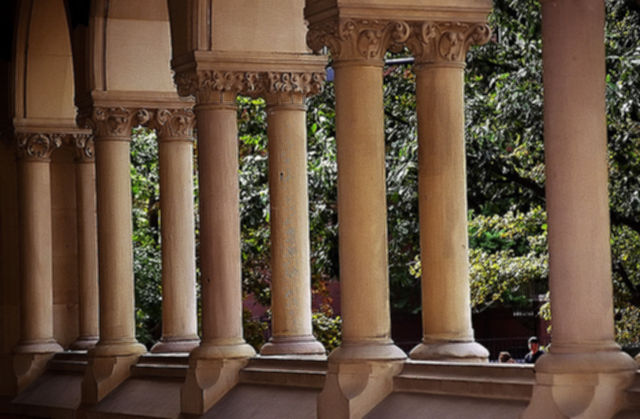 US Ivy League Schools VS Colleges for International Students

Lesley Walker
Around my own campus, I’ve heard a lot of international students talk about the purpose of an Ivy League school versus a smaller college in the states. All students, not just international students, seem to harbor some sort of inherent interest in Ivy League schools. Their name makes them sparkle and seems to guarantee a job at the end of the tunnel. They are known for cranking out almost ridiculously successful graduates, for handing out the results to the great American dream after you graduate, for having the best corporate network of supporters and most available student resources. There’s some sort of superstition that says if you go to an Ivy League School, you’ll be better person, a better employee—you’ll be able to get a job after school and open the door to maybe being able to live in the US as compared to somebody going to a smaller or less well-known liberal arts college. From what I’ve read, both past students and admissions officers seem to lean in the other direction.

As a student at one of these aforementioned liberal arts colleges, I might be a bit biased when I argue that students shouldn’t overlook or underestimate the educational value of a smaller college. But is it worth leaving your country to attend a school like mine? Or are the benefits not worth the money and lackluster label? There is definitely a lot to consider.


Class size differs. As far as class size goes, I think that a smaller college will you give you a bigger bang for your buck. In general, smaller colleges provide smaller class sizes—even intro courses have a manageable class size. Larger universities like some of the Ivy League’s often have large lecture style courses that require more independent and personal motivation than smaller discussion based courses that are more common at smaller colleges.

Personal attention differs. When you call my school’s admissions office, a human answers the phone immediately as opposed to most larger universities whose phones direct you to different departments by keypad number. There’s also less of a formula when it comes to the treatment of each student.

Making the right connections. It’s easier to make important connections at a smaller school, addressing a professor by first name is more commonplace and there are quantitatively less people to know. Even though it’s easier to make these connections, the downside is that there are fewer you can make, and many of the people (who are great connections) whose parents are included among the famous Ivy League graduates will likely be attending those universities rather than a smaller, less famous, liberal arts college or university.

The name make a difference. Although I hate to admit it, the name of the school might make a difference. Going to an Ivy shows that you tried hard in high school to get into a school with a label that will hopefully get you a job afterwards. As unfortunate as it may be, the name is actually pretty important.

The definition of education. Even though Ivy League schools might give you the name, in my opinion they do not provide the quality of education they seem to promise. Opening your brain to subjects you never imagined you would study because of graduation requirement, or opening your mind in a class discussion that isn’t ruled by the dominant class (rich, upper-class, white men generally) is much easier at a small liberal arts school than at an Ivy. Personally, this was the reason I decided to go to the school I attend. I didn’t just want the name with a GPA slapped on to it. I wanted my education to be as fulfilling to my soul as it was to my mind, so I found the institution that would make that growth the easiest.

A large endowment always helps. Even though I hate to mention money as a factor, the Ivy’s do have significant endowments. Proportionately their endowments are still higher than average – enough to replace things that probably don’t need replacing and to pay an ungodly amount for trips taken by organizations.


Deciding where you want to go is an important question and one that is often answer with a rushed reply. Consider what you haven’t before you cross different colleges off the lists of potential schools. In my opinion, it is definitely worth coming to the states for a liberal arts education. It’s also worth noting that if you are unhappy with where you attend, transferring schools is an option. You want to be more than educated when you go to school—you want to feel happy and comfortable.