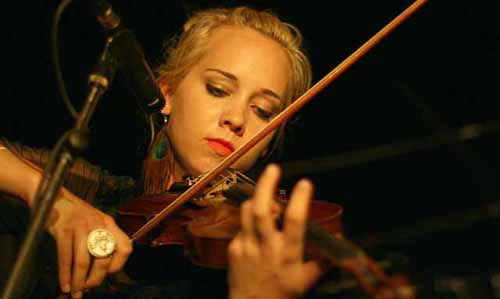 David Brake
Having been both a musician and music educator for most of my life, when I hear about cutbacks in music education, I often find it hard to bite my lip and keep quiet. Close to 200,000 teacher jobs bit the dust last year, and many school music programs were either hit hard or obliterated altogether. So to ring in the new year, I decided this time instead of just sounding off to a couple of people, I am going to preach the gospel of music in print for a change.

As a former teacher now partnering with companies to work on a conglomerate of education-based websites set to launch in the middle of this year, I have found myself knee deep in a business and tech community where I expected many to view my background in music with a degree of condescension and perhaps skepticism. However, what I have encountered instead surprised me. Our first advisors and investors in the project were quick to point out that musicians (that is to say, people who play music) tend to have favorable scores on the Birkman test (a test that among other things measures the ability of an individual to execute effectively in business and the corporate world), and then proceeded to pointed out that all testing has shown that the practice of music stimulates and prepares the mind for other tasks. "Really?" I thought, "Who are THESE GUYS preaching to ME about the value of music?" Now I know we’ve all heard the stories: studies show that scholastically children who play music do better in school, if your unborn child listens to music it will be smarter...etc,…but I had to wonder why I was hearing this from the business community at a time when public schools are cutting back on music programs. What does the business community know that the government and the public school system doesn’t? So I got curious and I did a little research.

Apparently, testing has shown that the study of music trains your mind to think linearly and globally simultaneously in a way that no other exercise does. Supposedly, this is because you are forced to recognize the whole as the sum of its parts while constantly evaluating and adjusting those parts at a very quick pace on levels of both conscious and unconscious thought. The conclusion is that this "exercise" of playing music on a regular basis improves one’s ability to evaluate cause and effect and change it on the fly, both holistically and reductionistically. Add on top of that the coordination and emotion involved, and it becomes obvious that there is a lot going on in your brain when playing music—-again, much more than we could ever really think about on a purely conscious level. (The process on an unconscious level is often referred to by musicians as "being in the zone," much like sports if the muscle memory were combined concurrently with something more like math.) Now I'm not a scientist, but this does make sense to me. According to Webster’s dictionary, the definition of intelligence is the quickness with which one adapts to his or her environment. In the practice and performance of music, you are constantly adapting and changing while simultaneously controlling the pace or time at which you do so with each and every creative choice.

Now I know what you’re thinking, there may be other activities to which these things apply—and some of you are probably thinking that you know some musicians who are real idiots. (I do too.) But I would point out the possibility that in those instances, they might be bigger idiots if they didn’t play music, much in the same way that the smartest person in the world and the least intelligent are still both exercising their mind when they read (or try to). In other words, the improvement of one's ability should never be mistaken for another's innate ability, and one's ability in its quintessence should never be compared to perfection.

Anyway, back to business in the tech field. What else did I learn? I learned that musicians are in pretty good company. I learned that the majority of theoretical physicists played an instrument, the most famous of course being Einstein who regularly played his violin. I learned that the top designing engineer referred to me in my part of the country at a company that designs Apple products is a music major from the University of Michigan who plays the clarinet, and I learned that one of the most successful new entrepreneurs is from our area and he recently built a multimillion dollar advertising corporation on You-Tube in less than 6 months. (Not bad for a guy who's 22.) His training? Piano performance at Rice University. Now I’m not suggesting that if you get a degree in music you will learn these things--on the contrary, if you study music you will learn about music. What I am saying, and what studies have shown without exception, is that music is an exercise that helps train your mind to adapt quickly in a manner that can be a creative asset in any problem solving situation (the definition of intelligence). In short, we are learning that music is not just food for the soul, but also food for the mind.

David Brake is the founder of Teachers 2 Go LLC, a teaching concierge company that brings quality instructors to the homes of clients, schools, churches and community centers to teach private lessons in music, academics, and other subjects. He began his career as a full-time musician and music instructor.