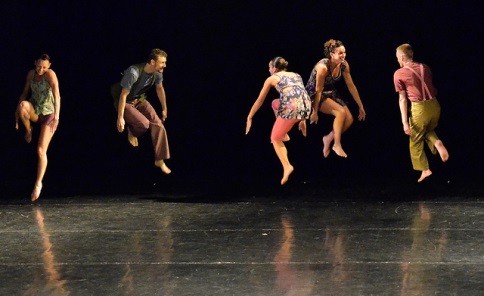 Richard Chapman
Learning modern dancing is like learning anything else—it takes desire, commitment, and time! However, it’s also a very free and expressive form of dance, rejecting many of the traditionally accepted “rules” of dancing put in place by such pillars of dance such as ballet. Because of this, students of modern dancing are usually proficient in the style much sooner than in some of the other more conventional types of dancing. Many have said how it gave them a stronger sense of who they are deep inside, and helped them realize their once forgotten dreams and ambitions.

Originality and emotion are key players in modern dancing, and the individual dancer is encouraged to express his heart and mind freely, often using dramatic and sometimes surprising or sudden movements to convey his innermost feelings. This also keeps the audience captivated not knowing what will come next, and is very interesting to watch.

Modern dancing was actually initiated at the beginning of the last century, when artists, dancers, and composers all began turning from the accepted and formerly unquestioned rules of these and other art forms, seeking instead more freedom of expression, not only in its dance style, but music as well.

One of the most noticeable changes modern dancing made was in the form of their costumes—dancers wore much more revealing costumes, and often danced without shoes of any kind.

If you would like to learn modern dancing, there are many dance studios that focus on this revolutionary and creative style of dancing. While modern dancing is a break from the traditional rules of dance, it has its own beauty and grace which is worth learning and practicing until you have reached a level of mastery you can then use to dance with freedom and confident expression.