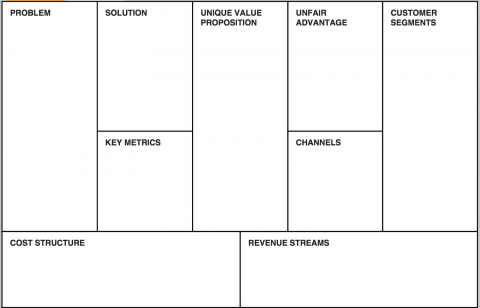 A man walking by sees another man with a pick ax breaking rocks.

I’m reminded of this story, because the world looked different to me two weeks ago.  At that time, I had a 5 minute pitch ready for the Rice Alliance IT Web Venture Forum competition that was basically a standard speech.  I was going to go in and tell everyone what our product was, how we were solving a problem of teachers and students trying to find each other, and then describe the opportunity.  Pretty standard stuff.

However, something happened that made me change course. A few days before, one of our mentors was helping me with our lean canvas (for the uninitiated, that’s the basic foundation analysis of a startup business plan) which I had been having trouble with since the beginning of the Houston Technology Center accelerator program.  Our mentor walked in and effortlessly told me his view of what he thought we were doing.  He explained the vision of our website in a way that was both thoughtful and inspiring, and very close to the original thesis I wrote last year when I first started this project.  (Except for the fact that my thesis was written more like a term paper, and had the effect of putting everyone to sleep!)

I had to admit that he nailed it, and everyone (including me) was wondering why I had been having so much trouble putting the real problem we were solving down on the canvas.  I’m normally not too bad at stuff like that.  Then the words came out of my mouth before I could even think about them.  “That’s too big a problem for me.”  He was quick to point out all of the companies that were way too big to come from college dropouts, and said a few other things to get me ready for dealing with what I had said, but the fact is everything had changed because I heard myself say it.

I was just a regular guy, but the original vision that made me drop everything else in my life, the idea to provide a marketplace where every skilled person in our jobless economy could make money teaching their knowledge to others, had gone by the wayside.  I had been pulling my punch, because it was too big.

That night, I went home and questioned all the assumptions I had made about both our business plan and the project.  I continued and questioned assumptions about the economy in general, and realized I could even go so far as to question reality itself.  The world is a dangerous place for free thinkers with no boundaries, because there’s just enough truth in the answers you find.  However, in the end I knew I was avoiding the real issue.  I needed to question the assumptions of the man in the mirror.  I needed to write a lean canvas for myself.

Write a lean canvas about yourself.

In the Houston Technology Center, we had seen a lot of leaders speak and come through the doors of the Ignition accelerator program.  They were all very different from each other, but you could always tell the real leaders.  It wasn’t that they were confident or determined, or got things done, or even that they were successful.  It was that they could inspire and lead with a believable integrity.  Throughout my life I had been in small leadership positions (and quite accidentally a couple of larger ones—I’ll blog about that sometime), but along the way I had learned what a real leader was.  They inspire people to do their best and they lead by example.  In fact, I can remember in my life when I’ve had two people assign me a task and say exactly the same thing within a 24 hour period, but only one of them could instill loyalty and inspire me to give my all—an essential component of any team.

So here’s a new value proposition that I invite everyone in the startup world to think about.

The market:  Founders who have dreams of growing a small startup into a worldwide success.

The problem:   Founders don’t consider the personal improvements they would need in order to be worthy of leading a worldwide success.

The solution:   Write a lean canvas about yourself.

When I say this, I don’t mean getting better at what you do or running a business – that’s a given.  What I mean is, committing to improving yourself personally.  For me, that means listening more and talking less.  It means showing appreciation to others instead of assuming they already know, and it means apologizing candidly for making an excuse when I should have been honest with someone I respect about missing a double-booked appointment.  It means helping out the other teams around me whenever possible, as others have helped me—and lastly, it means being honest with myself about the fact that  I have a lot to learn, but I can’t learn anything if I don’t allow myself to take chances and make mistakes.

The world looked different after that, and I wrote a different pitch.  We won at Rice, but it had nothing to do with the competition.  It didn’t even have to do with whether this project succeeds or fails.  We won because I knew that I was no longer breaking rocks.  I knew that from now on, I would never again give my all to something without first deciding that I was building a castle.

I would never again give my all to something without first deciding that I was building a castle.

Thanks to our mentors for the inspiration & encouragement and for pushing us further.

Thanks to the best team in the world Mandy & Michael.

Thanks to all the teams in Ignition and everyone at HTC.