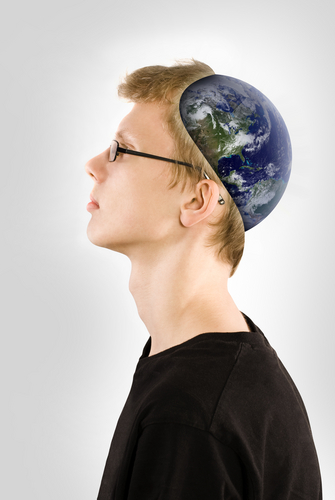 In 1964, a group of top Hollywood film executives piled into a room to screen their latest investment.  It was a departure from the normal films of that day, because even though it was filmed in English, the story didn’t take place in the U.S. and the accents sounded unintelligible.  The executives were very concerned about making it a commercial Hollywood release, because it seemed so, well…“foreign.”

At the end of the screening, there was total silence. No applause, nothing.  No one knew what to make of it. Finally one executive broke the silence and said he didn’t understand a word of it. “I don’t know what any of that movie was about,” he said.  Then he added, “but…I think we’re going to make a lot of money.”

The movie was called “A Hard Day’s Night,” and it was about a new musical group called The Beatles.  As we all know today, the executive was right, they were about to make a lot of money.  What he didn’t realize at the time, was the extent to which that movie would be a catalyst for everything that was about to change.

The technology of radio, television and film was about to come together at a particular point in history, and enable a phenomenon that arguably would change the world by connecting everyone simultaneously in a shared cultural experience that made the world seem a little bit smaller.

I doubt that Hollywood and the entertainment industry were the only entities in the U.S. at that time to see a new emerging world of possibilities out there for advertising and revenue, and realize that the benefits don’t always require this country to appear at the center.

Fast-forward to the Facebook/social media phenomenon, and the mobile chat phenomenon taking place today.  One could argue that people in communities were basically already connected, but now local communities are also connected with the outside world in a way that was previously impossible.  Does that change anything?  I would argue that it changes everything.

Professors with MOOCs & highly paid tutors are finding fame and fortune that was previously impossible locally, now that technology can be leveraged to connect them with millions of people.  Millionaire tutors in Asia with over 50,000 fans (ie: students) online are living like rock stars and advertising on the sides of billboards and buses.

There are eSports heroes (yes professional video gaming is now a sport) more famous in some countries than athletes in traditional sports could ever dream of, and influencers of millions whose opinions are sought after and even paid for, simply because they “own” an audience.

These “personal brands” are the results of a new knowledge economy, an economy where the entire world is connected and people promote themselves and participate together in a project-based workforce; based on skill sets and performance, reputation, and proven history rather than credentials.

Are you connected yet?  Is your company?  How about your competitors?

Did you know that according to data collected by the US Department of Labor in 2005, one third of our economy here in the U.S is made up of freelancers?  (Freelancers are defined as self-employed people, or people who work for themselves on the side in addition to their regular job.)

That figure was published BEFORE the recession.  Anyone want to take a guess as to what that number is now?  I don’t claim to have the answer, but I would be willing to bet it’s significantly higher.

Is there a downside to the acceleration of technology and connecting the entire world?  Sure, in fact I’ll be talking about that topic specifically and how it relates to learning and education this week at SXSWedu in a presentation called Survival in the New Knowledge Economy.

As my co-presenter of that event Federico Pistono eloquently explains in his book “Robots Will Steal Your Job”, there are many challenges alongside the possibilities, and we are already seeing casualties.

At the end of the day though, let’s face it: we still don’t know what connecting everyone is going to look like, and the truth is we’re still getting used to the idea.  I think many of us as individuals are internally conflicted, much like the entities that are threatened and want to hold on to power, yet are torn because they see the benefits.

Perhaps we are all a bit like China, throwing down the gauntlet that no Facebook is allowed and sticking to the old rules, while at the same time being curious enough to break down borders sending our students in droves to study in the U.S.  (It’s bound to have an effect you know; as they say, information wants to be free.)  In any case, it’s a challenging yet exciting time for education, learning, and entrepreneurship.

As I’m writing this, I’m in the middle of managing 45 people from around the world on a company project.  I’m able to see their faces, track and vet their work, communicate with them as needed, and offer them incentives based on performance.  Sounds like an expensive platform I’m using, doesn’t it?  It isn’t, it’s free. Sounds like I’m working for a good size company, right?  It’s a pre-revenue startup with a two person management team, and I funded it myself.

Tell me that’s not a game changer.  It changes everything.