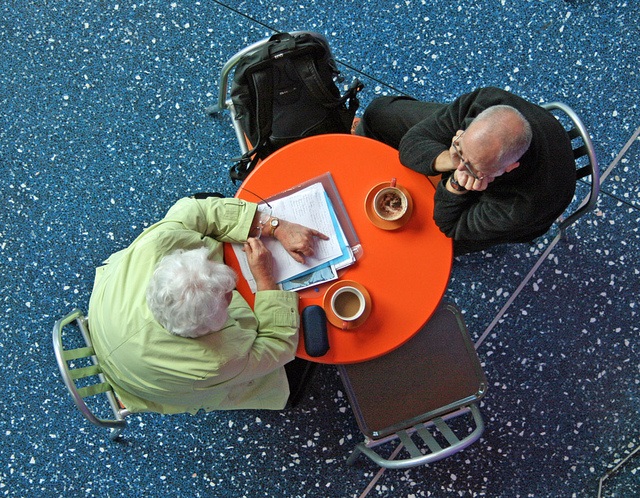 Why You Can’t Learn English Online Without People

Catherine Haywood
Ok, the tools are everywhere and come in all different forms—YouTube videos, vocabulary lists, and quizzes are at your fingertips thanks to the Internet. Learning English is more accessible than it ever has been before, allowing anyone with Internet access countless resources that promise to provide materials for quick and easy language acquisition.

This is nothing short of awesome, but there’s a catch. Learning English online gives you many opportunities to memorize vocabulary and understand basic sentence structure, but it does not expand into the complex realm of practice required to achieve fluency.

Not even the best instructional video has the power of human feedback to tell you that you aren’t saying that word correctly and to what degree, even though, in your ear, your enunciation sounds just like the instructor’s.

I’m a native English speaker, but during my time in France I found that the way I said water (l’eau) was incomprehensible. I had been studying French for about five years at this point, and water was one of the first words I had learned. Before my time with native French speakers, I had no idea that I couldn’t pronounce it correctly. It is still difficult for me to distinguish whether or not I’m saying it right without the help of native speakers, and it’s my lack of practice with them that caused the quirk to begin with.

Language is full of subtle peculiarities that just can’t be captured without the aid of a fluent speaker whose ear picks up on them. Videos can instruct, but they cannot correct.

Online learning also limits the acquisition of more casual, slang speech and conversational skills. Knowing the rules and words that build a language do not always translate effortlessly into speaking in everyday contexts. Slang is often not documented in online classes, but proves to be useful when interacting with native speakers.

Additionally, the risk of being able to understand a language and not necessarily being able to speak it becomes higher when online methods are the only ones used to learn. Conversation is an art and a skill which must be practiced in order to be mastered. The back-and-forth banter of everyday is not taught in language videos, and must be practiced in the real world.

When you hold conversations in a second language, you are challenged to learn new vocabulary that you may not have encountered otherwise. If you’ve been learning solely online, it’s doubtful that you’ve come across words like serendipitous, dry-erase, or jellyfish. Even if you have, there are undoubtedly many common, if unusual, words that you have not been taught. Real-life conversations allow for topics of every make and model, and they expand vocabulary by doing so.

Online courses are made to teach you the fundamentals, but they don’t often account for the challenges that accompany speaking with a variety of people with different pitches, accents, and speeds. Sometimes it’s hard to understand speakers of your native language because of these issues, so translating that into a foreign or second language is increasingly challenging. The communication difficulties this poses can be alleviated with practice and listening, but sticking to online courses to do this won’t replace watching films or holding conversations.

Online tools are major aids in the process of learning a language, but they can only be aids if your goal is to gain a thorough, working knowledge of English, or any other language. Let them form your groundwork, but don’t expect them to expose you to the subtleties and challenges that face-to-face interaction does.