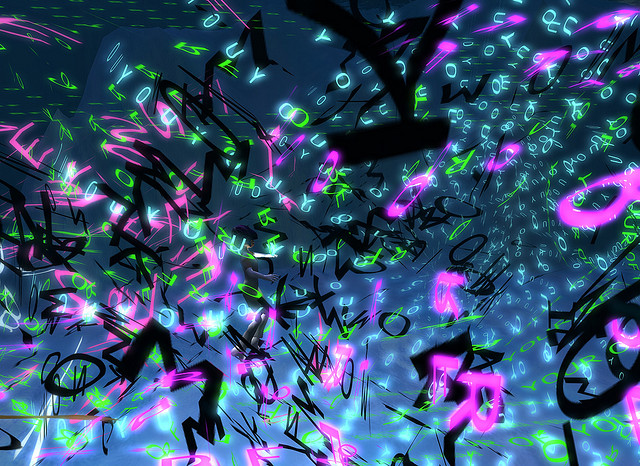 David Brake & Courtney Liddell
I often think the letters of the English language can be more confusing to those learning the language than they are helpful when it comes to the sounds. For instance, let's look at all the different ways you can spell just one sound alone, the short u or Schwa vowel: above, ugly, the, what, love. Not convinced? Ok, how about the short e sound: bed, said, friend, head, led, lead (the element). Even more confusing, right? Oh, and let’s not forget the potential confusion spawned by homophones: words that are pronounced the same, but differ in meaning and spelling:

ad (advertisement) and add (put together)
fair (appearance), fair (place that has entertainment and activities), and fair (reasonable)
hear (to perceive by the ear) and here (in or to the place)
peace (period of no conflict) and piece (a portion)
see (sight) and sea (large body of water)
The fact is, in many cases there are so many different ways to spell the same sound of the English language, it's no wonder that people learning to read and speak the language often suffer from brain strain. They may feel like there are more exceptions than rules, and end up concentrating more on rote memorization of letter combinations than actually acquiring the sounds and associated meaning that make up the language. So how did it get so complex? Let’s take a look back.

If we look at the history of language, it began as the need to communicate through sounds. Then pictures, and later letters, were used to keep a record of those communications. A book entitled, “The Story of English,” gives an entertaining overview specifically of the development of the English language, which might help you understand why certain letters and sounds are used for certain words (p.47).

According to “The Anglo-Saxon Chronicle, three Germanic tribes, the Angles, Saxons, and Jutes, invaded the British Isles in 449 AD and are responsible for introducing the English language into Britain (p. 55). What is fascinating is the extent to which English itself is a hybrid of many different languages; mainly, Latin, French, Old and Middle English, Dutch, and Greek. In fact, over half of all English words have Greek and Latin roots. For example, let's look at the word mother in the following languages:

As you can see, the word mother varies in spelling; however, they all have similar characteristics. All of the variants of the word mother begin with an M and each one has short vowels: mother, mater, mitera, mere, modor, moder, moeder. Of course, this is may be no consolation to those coming to English from an Asian language, but for a European native speaker, you can see why the fact that English is a “hybrid” language (complexities and all) might be helpful.

Another reason behind the pronunciation of words is social classes. The Story of English gives an example of how upper- and upper-middle-classes changed the pronunciation of certain words to differentiate themselves. Words like boiled, coiled, and soiled were once pronounced biled, kiled, siled. This can be very confusing since biled and kiled looks similar to the past participles we consider today as billed and killed.

Geographically based accents and dialects are also strong influencers behind the different pronunciation of words. Did you know there are eight different dialects in North America alone? You may have heard of some of them, for instance: Canadian English, the Southern accent of the South, and the Boston accent.

Ever feel like you need an interpreter when you travel to another region of the U.S. even though the language is still English? I have heard with my own ears the impasse in understanding between a native of Louisiana and an English speaker from Pennsylvania. American English really can sound like many different languages!

Etymology is not only a compelling field of study, but it might also be a source for helping you understand why words are not always pronounced the way they look. Of course, a good resource for discovering the origin and etymology of English words is the Oxford English Dictionary (OED). As previously mentioned, The Story of English by Robert McCrum, Robert MacNeil and William Cran is also a useful resource and an entertaining and fact-filled book that gives a complete examination of the history of the English language.

As far as assuaging the feelings of new English learners about the complexities of the language, however, it may at least be helpful to realize that for all the many spellings you will need to memorize, there are a limited number of corresponding sounds you will need to master.

How’s that for the proverbial glass being “half full”?